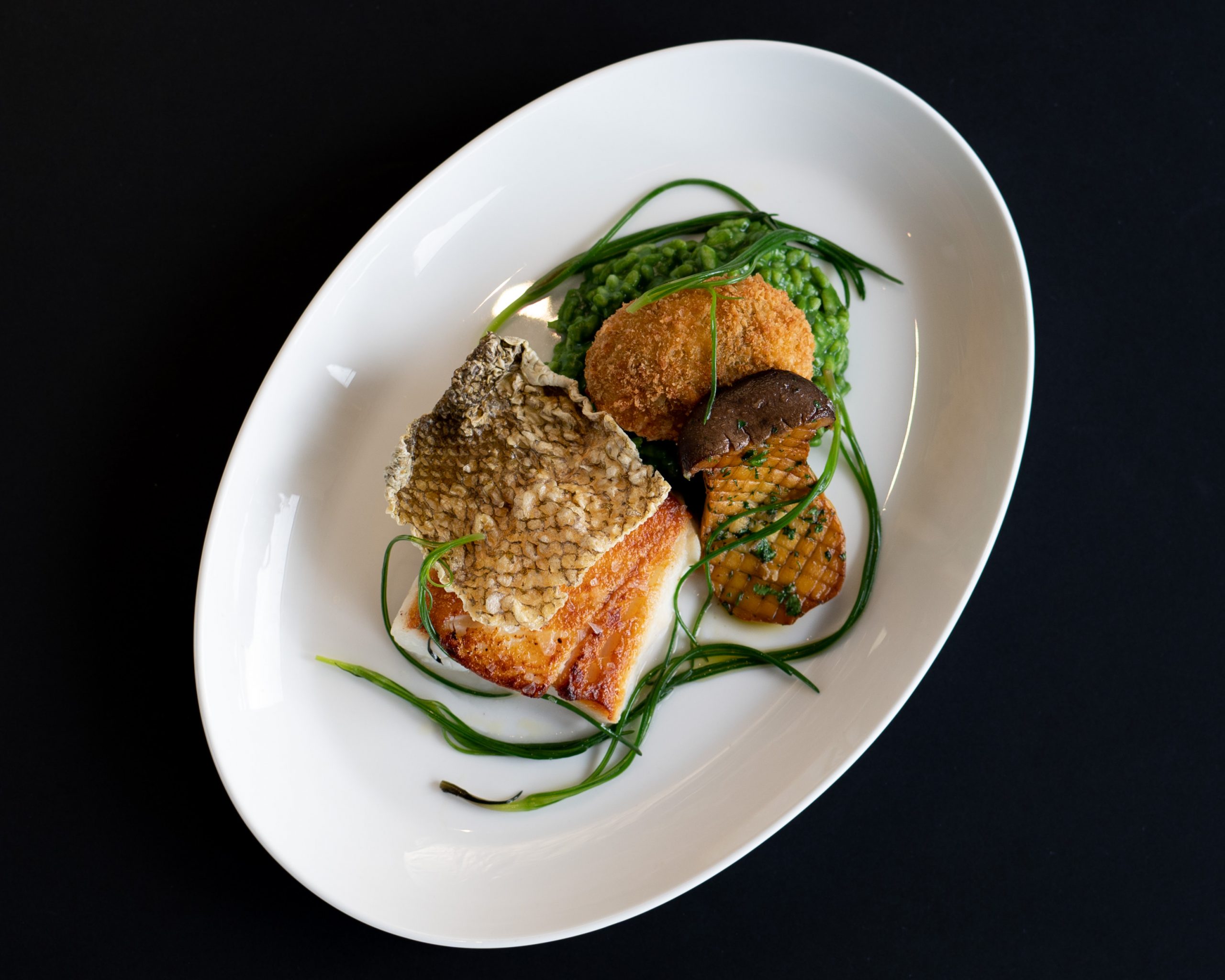 Back to What's On

One Planet Plate is a worldwide restaurant campaign to address the inherent problems in our food system. This is a chance for chefs worldwide to show how they’re contributing to a better food future, and to galvanise diners and home-cooks to think about and act upon their own food choices, too.

Our submission for the one planet plate is one of our dishes from the restaurant a la carte created by Executive Head chef Jeremy Bloor.

This delicious dish makes nettles which are underused, super nutritious and endemic, the hero of the dish.  Suggested to be introduced to the UK by the Romans; nettle tea has been used in home remedies in medieval Europe for joint pain and eczema.

Monk’s beard is a lesser-known taste relative to samphire. Agretti, it’s Italian name is a winter vegetable of the Mediterranean with a salty flavour complementing the fish perfectly.

The cod is sourced sustainably from Upper Scale. Duck eggs are a rarer used source of protein in the UK diet. This dish balances the impact on global warming with the rich local plant ingredients.